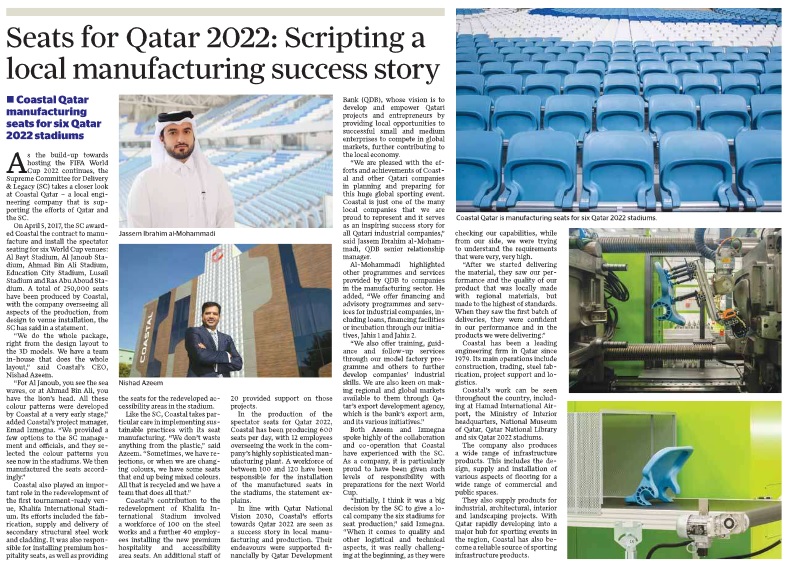 As the build-up towards hosting the FIFA World Cup 2022 continues, the Supreme Committe for Delivery & Legacy(SC) takes a closer look at Coastal Qatar – a local engineering Company that is supporting the efforts of Qatar and the SC.

on April 5, 2017, The SC awarded Coastal the contact to manufacture and install the spectator seating for six World Cup Venues: Al Bayt Stadium, Al Janoub Stadium, Ahmad Bin Ali Stadium, Education City Stadium, Lusail Stadium and Ras Abu Aboud Stadium. A total of 250,000 seats have been produced by Coastal, with the company overseeing all aspects of the production, the SC has said in a statement.

“We do the whole package, right from the design layout to the 3D models. We have a team in-house that does the whole layout,” said Coastal CEO, Nishad Azeem.