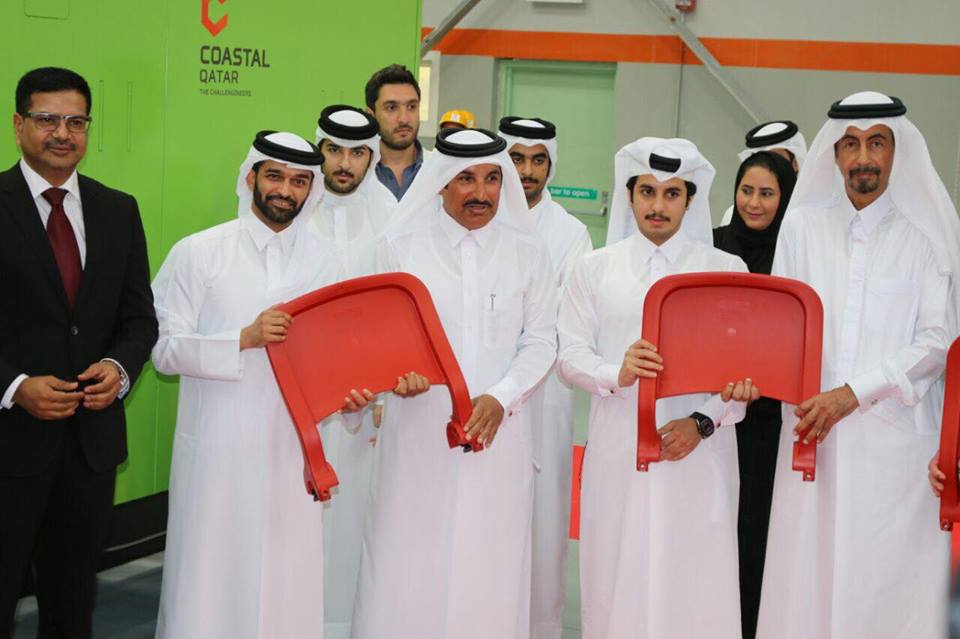 The production of the seats was launched on 5th April 2017 at the state of the art factory by H. E. Hassan Al Thawadi, Secretary General Supreme Committee for Delivery and Legacy, Mr. Sayed Al Kuwari, representative of Minister of Energy and Industry, H. E. Mohammed Al Sada, Sheik Mansour Bin Jabor, Chairman, Mr. Nishad Azeem, Founder and CEO-Coastal and Adam Krzanowski, CEO- Nowy Styl in the presence of Ambassador of India to Qatar, H. E. P. Kumaran and other dignitaries from Ministries and Government agencies.

Coastal has been awarded the seating contract by SC for three FIFA 2022 World Cup stadiums. The factory which is the first of its kind in the region, has the capacity to produce 15,000 seats per month and will export seats to the MENA region

Posted by Supreme Committee for Delivery & Legacy on Tuesday, April 11, 2017